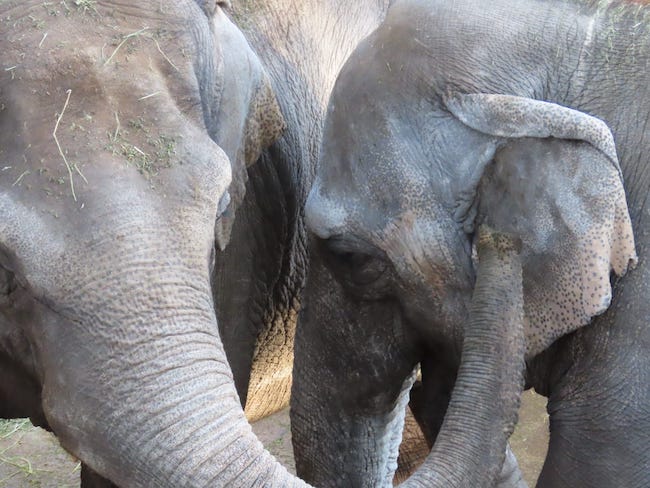 Happy EleFACT Friday! In our recent AMA, Kat was asked about why we keep male and female elephants in separate enclosures, and how and when they’ll be able to interact. Today we wanted to talk about reproductive ages between males and females and what that means for elephants who may come to sanctuary.

Both male and female elephants mature rather slowly and have a relatively long reproductive lifetime. In the wild, most female African elephants give birth for the first time at around 14 years old, and Asian elephants begin reproducing a bit later. Females generally get pregnant and give birth between the ages of 16 and 40, with a slight decline after that; but elephants over 60 still have the ability to conceive.

You may remember our post about male elephants experiencing musth. This heightened period of sexual activity and aggression has been shown to occur in wild elephants from ages 17 to 63. Males reach peak reproduction between the ages of 40 and 55 and are still reproductively active at age 60. 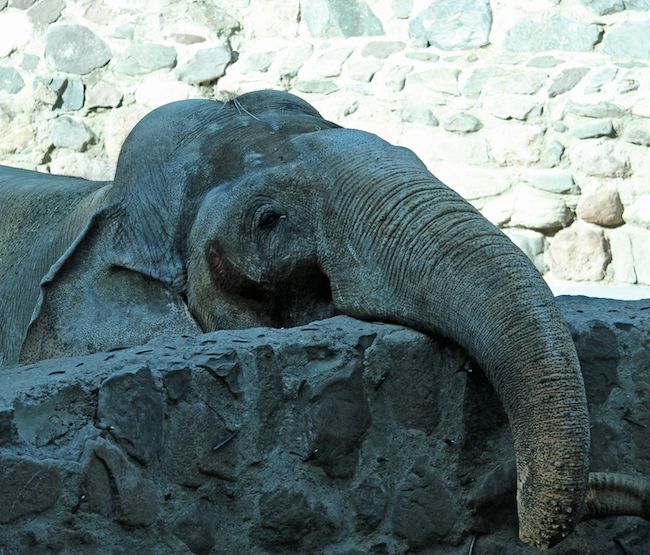 It should be noted that these ages are taken from studies done by Dr. Joyce Poole, who evaluated elephants in the wild who were healthy and not compromised, physically or emotionally, by captivity. The difference in average reproductive ages changes drastically between those who are naturally wild and those who may suffer from the damages of captivity.

In captivity, it is not recommended to breed an elephant for the first time who is over the age of 35. We don’t support breeding elephants in captivity, but there are other reasons it would not be a possibility at Elephant Sanctuary Brazil. One of the greatest concerns we have is that the elephants come to sanctuary already physically and emotionally compromised. Expecting any of the elephants at ESB to endure a 22-month pregnancy, much less be bred, would be unfair to their health.

Top photo of Pocha (Po-CHA) and Guillermina(gee-jer-MEE-na), followed by a photo of Tamy (Tammy)

Your ticket for the: EleFact Friday: No Boys Alowed