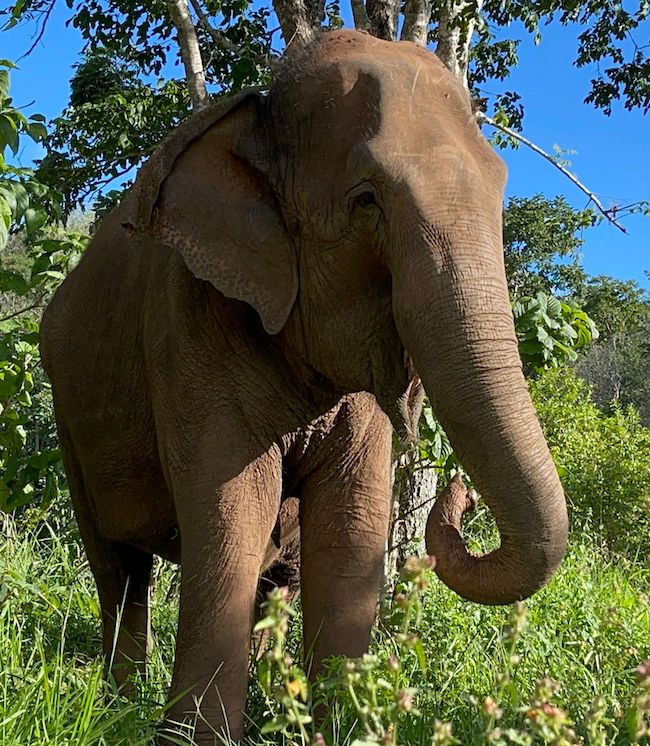 We were so excited to see that our EleFACT from last week helped many people learn that manatees and elephants were family members in the animal kingdom. Not only that, but we discovered that many of our supporters had a soft spot in their hearts for manatees, as well. Today we want to share about another potentially unknown relative of the African elephant – the aardvark.

Aardvarks were once thought to be related to anteaters because of their similar food preferences. Aardvarks, or Orycteropus afer, separated from their “elephant family tree” about 80 million years ago. The aardvarks we’re familiar with today are the only ones of their kind to have survived in their native central African grasslands. When comparing elephants and aardvarks, one could draw some physical similarities: aardvarks have strong, proportionally large bodies that are almost totally hairless and have arched backs. Both animals belong to the clade Afrotheria, the living members of which belong to groups that are either currently living in Africa or have African origin. Other members of this group include golden moles, elephant shrews, hyraxes, and sea cows. Most species in this classification have shared features: high vertebral counts, the shape of their ankle bones, late eruption of their permanent teeth, and an unusually long and mobile snout.

The connections between different species is a fantastic reminder that animals across the kingdom are valuable and deserve respect and protection, from the smallest of shrews to the largest of elephants.

Photo of Rana, showing off that long and mobile snout!

Your ticket for the: EleFact Friday: More Surprising Elephant Cousins