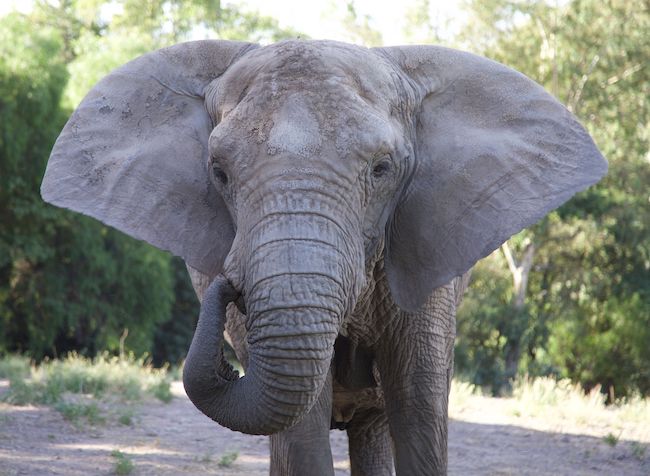 It can be more difficult to analyze and keep records of forest elephants, because the dense forests where they live make aerial surveys that researchers use to track them more difficult. Forest elephants can, however, be estimated and tracked through “dung counts,” by analyzing the density and distribution of feces on the forest floor.

Photo of Kenya, one of our future rescues

Your ticket for the: EleFact Friday: More About African Elephants