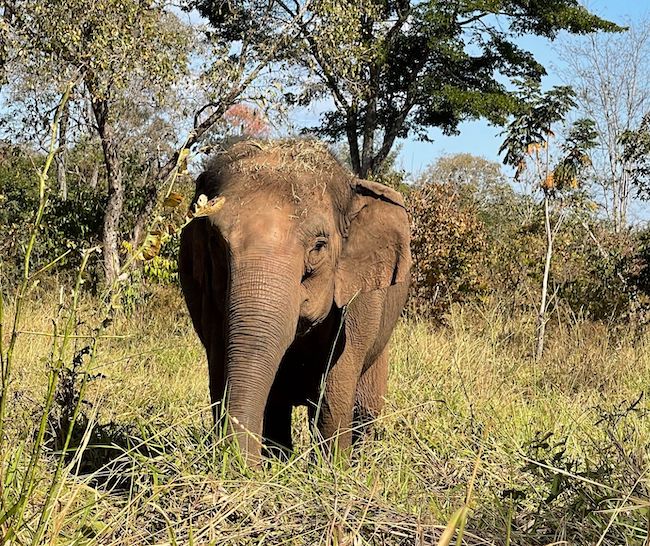 Today marks 6 months of EleFACT Fridays! We’ve so enjoyed getting to educate our followers in a different way than we normally would by sharing facts about elephants, their behaviors, their bodies, and everything in between. Thank you all for following our efforts in this project and continuing to learn with us.

As large as elephants are, and with the trillions of cells that make up their bodies, you would assume that their size alone would put them at a higher risk for diseases, specifically cancer. The truth is that less than 5% of elephants die from cancer, compared to the 25% of humans that lose their life to the disease.

Cells are constantly mutating, in both human and animal bodies. In some cases, our DNA repair genes are able to catch these mutations, but cancer prevents those genes from doing their job. Researchers have discovered that elephants, along with bowhead whales, possess some sort of “zombie” gene. In elephants, this mutated gene almost always causes the cell to completely die off, preventing the damaged DNA from developing into cancer. This augmented cancer resistance has most likely evolved throughout history, and seemingly still protects elephants from experiencing such a risk.

Your ticket for the: EleFact Friday: Magical Mutating Cells