EleFact Friday: Getting a Sense of the Weather 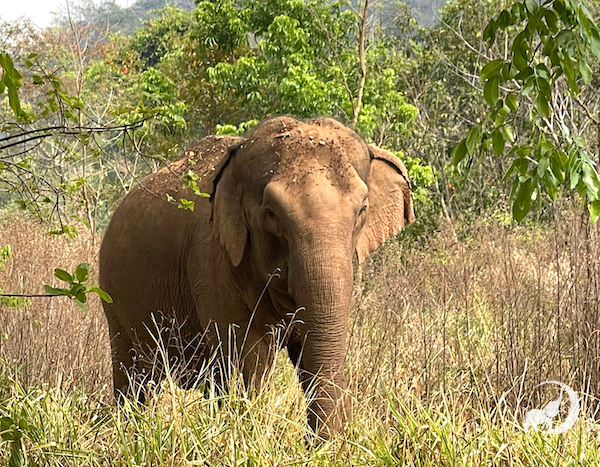 We’ve mentioned several times now how much everyone at the sanctuary is celebrating the rainy season. The weather is changing, the seasons are shifting, and it seems that all are enjoying the transition. Obviously the elephants can tell when the rain begins, but are they able to sense the change before the precipitation comes? We’ll explore this in today’s EleFACT.

In a 2014 study, researchers in Namibia tracked both elephants and rain over the course of several years and found the elephants were seemingly able to detect rain from as far away as 150 miles and migrate towards the incoming weather. Regular migratory patterns of elephants in the wild show that herds will move towards areas where there are better options of food and water. Historically, researchers have noticed that these patterns of migration seem to vary and be a bit odd during the rainy season. To study this, tracking devices were placed on fourteen elephants, each a member of a different herd moving around in a different area from 2002 to 2009. Rainfall was tracked and measured using weather satellite data and the two sources were compared, finding that the sudden changes in migrating direction were due to attempts by the animals to move in the direction of the falling rain.

Although it’s still a mystery as to how the elephants seem to predict or sense where the rain will come and when, researchers believe they can either feel far away thunder claps, sense pressure changes, or maybe even hear and feel the rain hitting the ground. We know that elephants can sense sounds at a very low frequency, so it’s certainly believable that they can sense things that humans cannot. For now, this is just another phenomenal and fascinating skill that elephants exhibit – maybe one that we will never fully understand.

Your ticket for the: EleFact Friday: Getting a Sense of the Weather

EleFact Friday: Getting a Sense of the Weather