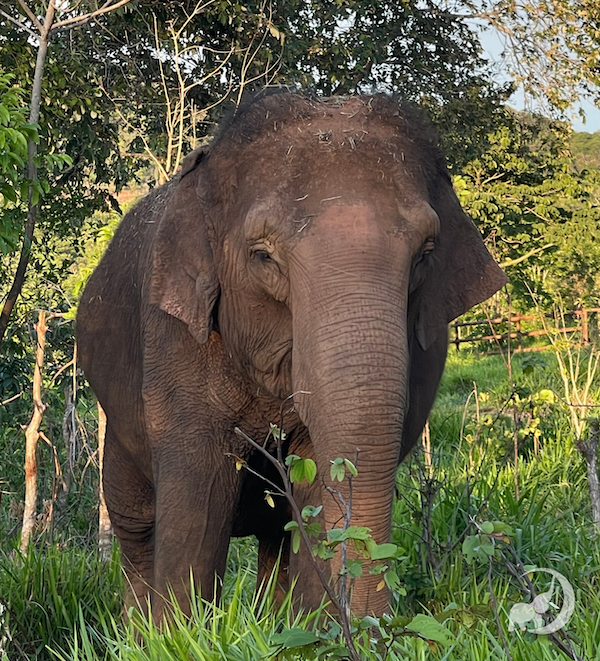 Climate change is something that we all likely hear about often, but did you know that elephants can play a key role in fighting it? We’ve shared before about how elephants are a keystone species, but their contributions to environmental wellness may be more than we ever considered.

African forest elephants are a bit of a rare breed – there were once 1.1 million roaming the central African rainforests, but their populations have severely declined. Biologists have recently observed that this species of elephant in particular contributes significantly to natural carbon capture.

All living things are made of carbon and serve as carbon reservoirs throughout their lifespans. The larger and older the animal, the more carbon is stored. Forests, like the African rainforests, capture carbon dioxide from the atmosphere, transforming it into biomass through photosynthesis. Elephants will move through the forest, forage for food, climb over and reduce the density of smaller trees and plants that are competing for space, water, and light. The trees that are left behind unbroken and unconsumed will then have a bigger advantage over the other trees in the forest; they have better access to water and light, allowing them to grow taller and larger. This increase in the proportion of larger trees allows for more carbon to be stored in the forest. (It’s also worth mentioning that as elephants eat, they also produce fecal matter – which is great for the forest as well!)

Biologists estimate that the value that these elephants bring to carbon storage is impressive. Research has shown that if the population of African forest elephants were to return to its former size and they recovered their former range, it could increase carbon capture by 13 metric tons per hectare. Former range of African forest elephants was 2.2 million square kilometers, each of which comprises 100 hectares, and forest elephants are now at about 9 percent of their pre-poaching population, carbon capture from a recovery of these elephants could be equivalent to more than 6,000 metric tons of carbon dioxide per square kilometer. That is the same amount of carbon dioxide captured by over a quarter of a million trees, or 14 times what is captured by trees in New York City’s Central Park.

We are grateful for the opportunity to educate others about the value that elephants bring to our world. We love to share about their huge personalities, hearts, and minds, as well as the contributions to our environment that can keep our world healthier and happier.

Your ticket for the: EleFact Friday: Elephants and Climate Impact