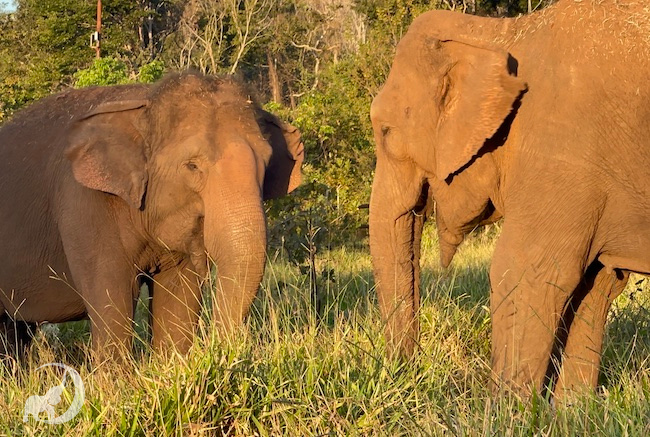 It’s EleFACT Friday again and this week we’ll be talking about something we all do, possibly every day: yawn. Spontaneous yawning can be seen in most vertebrate classes, including elephants. But are elephants capable of what’s known as “contagious yawning”?

Those who have studied elephant sleep patterns have noted that they generally tend to yawn during the process of waking, particularly at night. Researchers have found that the response is likely to help “wake up” the brain after a deeper sleep or, possibly, to cool the brain after a period of inactivity. Contagious yawning has been associated with the idea of having empathy for another and elephants, who form long-term social relationships, are known for their empathetic behavior. So, it would make sense that it would be possible for them to “catch” a yawn from someone else.

Researchers studying captive elephants in South Africa created environments where elephant caregivers would fake yawning to see if an elephant would pick up on the action and respond in turn. The staged yawns, while certainly humorous, did produce some positive results. Not only did the researchers observe elephants catching yawns from other elephants, a small number were also seen yawning in response to human actions. This may have been a result of the closeness between elephant and caregiver, but could be an example of empathetic behavior.

For the record, we’ve never noticed contagious yawning between elephants and humans ourselves but, when sleepy, it’s also not something we are watching for.

Photo of Maia and Bambi getting sleepy in the sun

Your ticket for the: EleFact Friday: Elephant Yawns