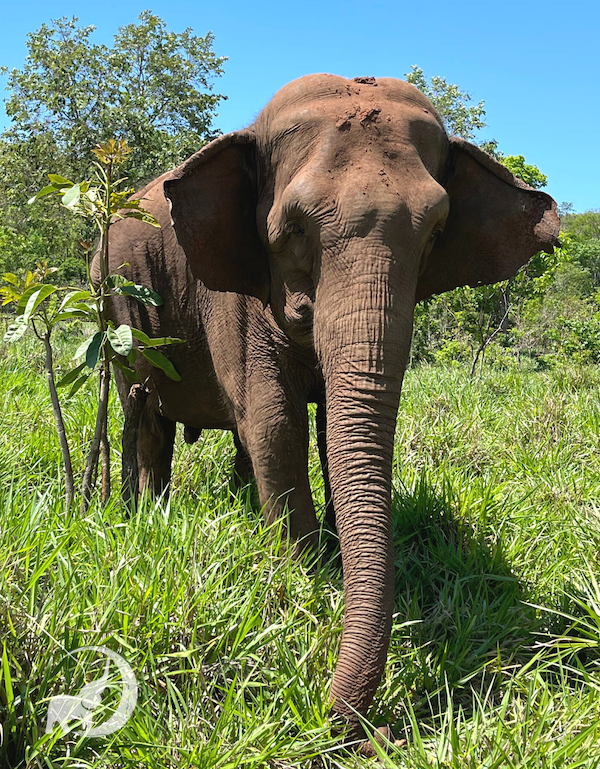 Many of our EleFACT Fridays have been dedicated to discussing the differences between Asian and African elephants, so many of you know by now that African elephants often live in grassland and forest environments. But did you know that there are also populations of African elephants that live in the desert? The elephants of northwest Namibia have adapted to an arid climate and reside in spaces surrounded by sand, rocky mountain ranges, and gravel plains.

These desert-living elephants have developed unique traits to help them thrive in these harsh climates. Larger feet allow them to move a bit easier across sandy terrain. Like other elephants, these big feet assist them in digging to find water sources underground. They can go several days without drinking water and researchers have found that they can store water in a pharyngeal pouch in their throats. There are only two known populations of these desert-adapted elephants in the world so, while not much is known about the elusive group, scientists are intrigued by what they do know.

As we talked about last week, elephants have large brains that aid in their memory, and specifically link to memories associated with navigation. Researchers have observed that while other elephants will seek food and water within a 20-kilometer (12.4-mile) radius, desert elephants can move 100 to 150 kilometers (62 to 93 miles) a day between points of water sources. In times of climate emergencies, like record temperatures and lack of water in the desert, this memory serves the elephants extremely well – a skill necessary for survival.

Photo of Bambi, who is not a desert elephant, but still very impressive

Your ticket for the: EleFact Friday: Desert Elephants