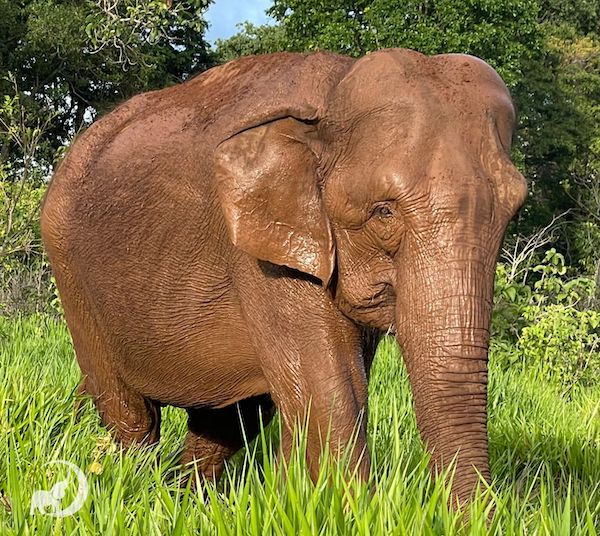 New year, new EleFACTS! We have spent quite a few posts talking about the elephant’s brain; not only are they large in size, but their brains are composed of more neurons than any other mammal. The African Elephant has a brain weighing in at 5 kilograms (11 lbs) and is composed of 257 billion neurons, while humans, for comparison, have a 1.4 kilogram (3 lbs) brain made up of about 86 billion neurons. If the brain of an elephant is so much larger with a greater neurological makeup, shouldn’t that make them the smartest mammals on Earth? Not quite…

Although elephants possess three times as many neurons, they only have a third as many neurons in their cerebral cortex, the area of the brain associated with some of the higher cognitive functions and intelligence. The rest of the neurons are concentrated in other areas, like the cerebellum, which is responsible for movement – and that makes sense!

A new measure has been developed called the ‘encephalization quotient,’ which takes into account that the relationship between brain and body size isn’t linear. Based on the size of humans, people have a brain that is 7 times larger than it should be. For elephants and other large mammals, absolute brain size isn’t the determining factor in what makes a species smart. Neither is surface area, EQ, or neuron density. If those were determining factors, a rhesus monkey would be more intellectually capable than a gorilla.

The simple answer is that the structure of the brain determines what it can do (and how well). The way that the neurons are structured and connected, despite how many they are, determines what and how they process information. Brains of many species are designed to suit their different needs, different senses, and different bodies. While human brains need structure to process math and problem solve, elephant brains need structure to use their trunks and find food. Despite the size, we are always impressed by the intelligence that we see in the sanctuary elephants on a daily basis.

Photo of Bambi and her big brain

Your ticket for the: EleFact Friday: Brain Size vs Brain Function