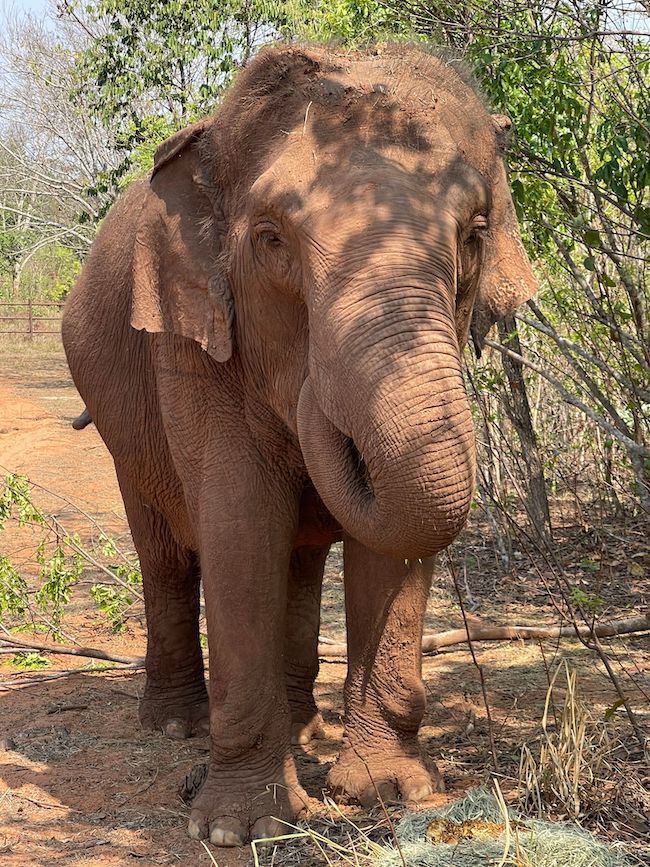 Happy EleFACT Friday. Did you know that, as humans, our bodies contain organs and body parts that have lost or changed function over time? Vestige, or vestigial structures, are pieces of human and animal bodies that continue to exist without retaining their original function. It’s most often used in biology to describe something that either didn’t finish developing or has become, through evolution, essentially useless. In humans, an example of this would be wisdom teeth: over time, as the human diet shifted in history, so did the need for stronger and more powerful jaws. In the modern world, these teeth that once served a purpose are now prone to impaction and, in most cases, removed.

Elephants also possess some of these vestigial structures. One example has actually caused quite a bit of debate: a sixth ‘toe’ on the elephant’s foot. Researchers at one point thought that elephants had a ‘big lump of cartilage’ on their feet, appearing to be an extra toe. Studies have actually shown that the structure transitions from cartilage to more dense bone material as each elephant ages.

Here’s where the debate comes in. Elephant’s real toes are oriented vertically, so that the animal is actually walking on tiptoe, with the wrist and heel off the ground. Some researchers say that this extra toe seems to be too high off the ground to bear weight or do much good, making it a vestigial structure. Others say that it actually does help support the weight of the elephant’s body and does serve an overall anatomical role. It seems as if this extra toe has gained quite a bit of attention in the research world, and we may never know the answer about what it’s function truly is. But the point remains the same – animal bodies, and their ability to adapt over time to suit their needs, is incredible.

Photo of Maia and her magical toes

Your ticket for the: EleFact Friday: Bodies Are Like History Books