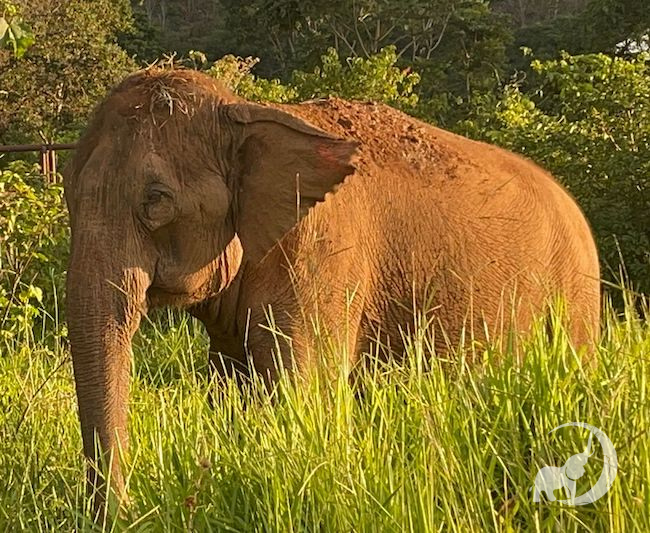 When it comes to animals, what is learned and what is instinctual? There are many different studies on the subject, but we can share what we’ve learned from the elephants we have known over the years. Each individual has intrinsic qualities that they were born with and others they had to learn in order to survive in captivity.

Elephants that are raised in a natural environment learn essential skills from the others in their herd that become instinctual. The rules of nature are a part of their being and essential to survival. In a captive environment – particularly one that is sterile, neglectful, or abusive – elephants that learned those deep-rooted skills at an early age have to suppress that knowledge and master pure survival or coping skills simply to get through the day. External pressures directly result in harmful internal damage – mental, physical, and emotional.

At sanctuary, we simply let innate responses prevail. Every elephant that has arrived at Elephant Sanctuary Brazil has, as soon as (or before) they exited their crate, begun pulling vines to snack on or eating grass. Some zoos claim that captive elephants, without supervision, would not know how to feed themselves, but anyone who knows what sanctuary is truly about understands that eating grass for an elephant is like breathing. Daily, we see elephants who graze, dust, splash in mud wallows, and swim. This is not something we teach them when they arrive; it’s not even something that other elephants teach them. It’s a remarkably simple response to a natural environment.

When given the chance to let go of those harmful learned behaviors (however long it may require), elephants take the path to healing they need. When you let an elephant’s instincts prevail over painful adapted roles, we have found they return to a more intrinsic, essential state of being. Once the letting go begins, returning to natural behaviors appears to be intuitive. The elephants are unlearning what they had to do and who they had to pretend to be at zoos and circuses. True healing begins with freedom on all levels.

Your ticket for the: Doing What Comes Naturally