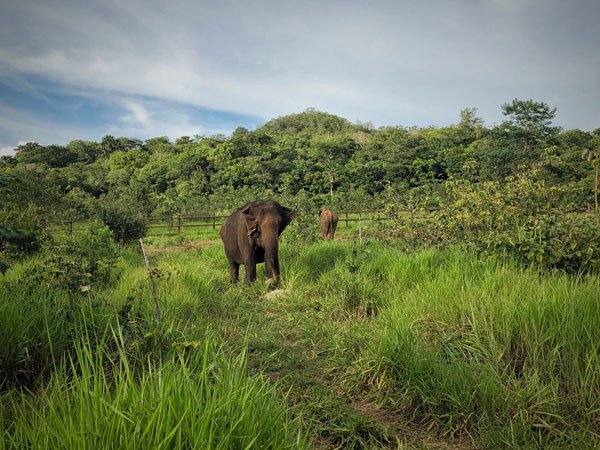 Relationships always grow and evolve. In its simplest form, a relationship is just a connection between two entities and how they relate to each other – so it makes sense that as the way you relate to the world changes and evolves, your relationship with others will change and evolve too.

Maia and Rana have known each other for slightly over a year, a year that held a lot of changes for both. Before Rana came to the sanctuary, Maia and Guida believed the Sanctuary to be their private paradise; and then, over the year that followed, Rana & Maia both experienced devastating losses that caused them both to need to rediscover how they relate to the world.

In the beginning, Maia, Guida, and Rana got along well, but then Rana got very pushy and needy with her affection, which caused Maia and Guida to withdraw– but, even then, the three still would spend time together. Once Maia and Guida pulled back emotionally from Rana, it just became a different kind of closeness.

Once Guida passed, Maia went to a place of intense mourning and became withdrawn from her surroundings. Rana saw this, and wanted to be there for Maia, but also seemed to remember her lessons from before. Rana would spend her days in the vicinity of Maia, but not too physically close. Once Maia began reconnecting with the world, Rana was there for her. Maia began to walk over to Rana when she needed something – sometimes it would just be ten seconds of touching, sometimes it would be a side by side nap, sometimes it would be something else. Maia would be the one to walk away, and Rana would patiently wait until Maia was ready to interact again.

Rana was able to be there for Maia when Maia needed it, without asking for anything in return. As many of us know from our own lives, that’s what friends do when someone experiences a devastating loss. You’re just there for them when they need you. Like a true friend, Rana was always ready and willing to be present in that way.

Once Maia got through her hardest period, Maia and Rana connected more. They began to spend afternoons together. They would sometimes engage in social behaviors, such as taking standing naps together, or Maia would put her trunk in Rana’s mouth – this is a behavior that Rana would accept but rarely reciprocated. It’s a very trusting behavior. They still spent much of their time for those few months 30-50 yards apart – they would come together and touch and socialize for a bit and then go back to hanging out in the vicinity. Maia would generally be the one to walk away. Once Ramba arrived, the same behaviors continued but, of course, with Rana and Ramba being inseparable.

Since Ramba’s passing, Maia appears a little more interested in the other girls as opposed to just being in her bubble. She is more engaging with the others, but her and Rana’s behaviors are still very similar to what there were before, except with both Rana & Maia now willing to wander off. Since they both like to explore, and since they don’t want or need to be together all of the time, whenever they have different desires, they wander off and do their own thing.

They aren’t best friends, but their friendship is still beautiful. Neither seems to want a new best friend just yet, and they both appear to be really content with how things are between them. They help each other, they lean on each other, and they are there for the other when the other needs it. They’re learning how to rely on each other in a comfortable, easy way, and they’re learning a lot about themselves in the process.

(Photo is Maia in the foreground, and Rana’s backside in the background, to the right.)

Your ticket for the: Changing and Evolving Relationships