Camera Insights: Rana and Mara in the Pond 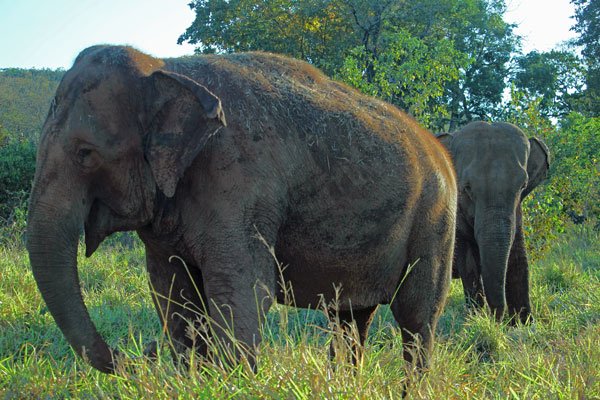 The team sees Mara and Rana in the pond occasionally, but they generally get out when they see us coming. Even though they graze throughout the day, they still love the four-wheeler snacks.

We recently spied the two of them in the pond on the cameras, and Rana looked like a pond blob. She was floating, and we could periodically see her poking her trunk out the water like a little snorkel. Mara was standing guard over Rana, allowing Rana to sleep soundly, knowing Mara was there. This behavior is typical in wild elephants, and it’s a sign of the depth of their bond. While there are no predators that could threaten an elephant in our corner of Brazil, it still symbolizes that Rana is trusting Mara with her life.

It’s incredibly sweet to watch them standing over each other that way, even if Mara wasn’t doing the best job at letting Rana sleep.

Photo of Rana, with Mara slightly behind her.

Your ticket for the: Camera Insights: Rana and Mara in the Pond

Camera Insights: Rana and Mara in the Pond