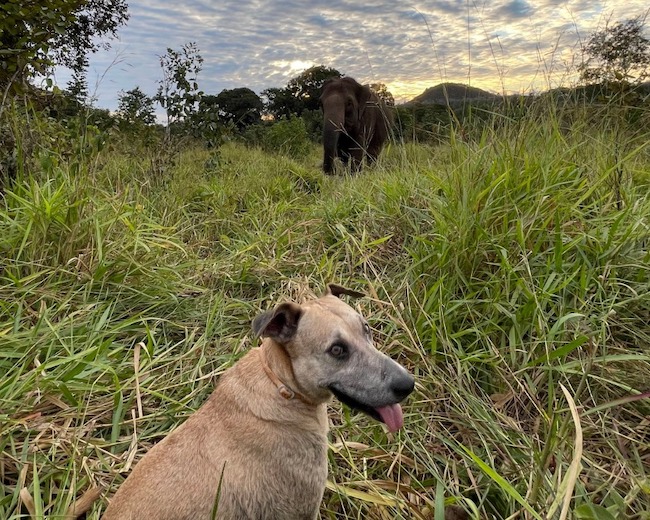 Bugsy, one of our sanctuary dogs, came to us in the saddest of conditions. We found him on the side of the road and didn’t even know what kind of animal he was; his fur (or what was left of it) was in such a tragic state. We investigated and found that he was a small dog who was covered in mange and some sort of silver spray. When we brought Bugsy home, we had to keep him separated from the other dogs because of the type of mange he had. He actually wore canine surgical shirts because of how bad his skin was. Nevertheless, he was a very good puppy.

As one of his duties, Bugsy took it upon himself to become Kat’s protector. If she ever had to go into the wild areas past the house to place food for the antas during their rehabilitation, Bugsy would follow her out through the gate, and Kat would make him sit and stay; she never wanted him to actually come upon a wild anta, since we don’t want wild animals being comfortable with dogs. Although our dogs are lovely, there are many that would not welcome a large tapir. But Bugsy always waited patiently for her to reappear, and the two of them would walk back to the house together. This was the beginning of his education on how to live in a world with both humans and wild animals.

We ask all of our domesticated animals to be aware of where they are and where they should be, and they do. Much of the time, the animals that live near the house are off doing dog or cat or goat or lamb things, and don’t take time to care much that there are elephants nearby – because the elephants aren’t part of their daily routines. When Bugsy came to live with us, he was young (probably 4 months), so he picked up right away that elephants don’t “play” in the same way that puppies do. Should he ever be with you on the road, on the 4-wheeler, or at the barn, he learned to keep a safe distance between himself and the elephants. In fact, all of our dogs seem to be able to intuit what we need from them when elephants are around. We rarely have to say a word. On occasion, we might put a hand up to signal the dogs to stop or move back, and they walk away.

The dogs do occasionally come out to the habitats with us, but only because they have learned to give the elephants proper space, and they do what the humans tell them to do. The other members of our animal household don’t enter the habitat. Milo will still sometimes run alongside the 4-wheeler with the dogs, but only for quick trips to the water holding tanks. For the most part, the domestic animals here go about their daily lives without thinking much about elephants (if they do at all). They are used to the sounds elephants make, which can echo up the hills to where they are. But, for the most part, they live their days out as normally as possible. 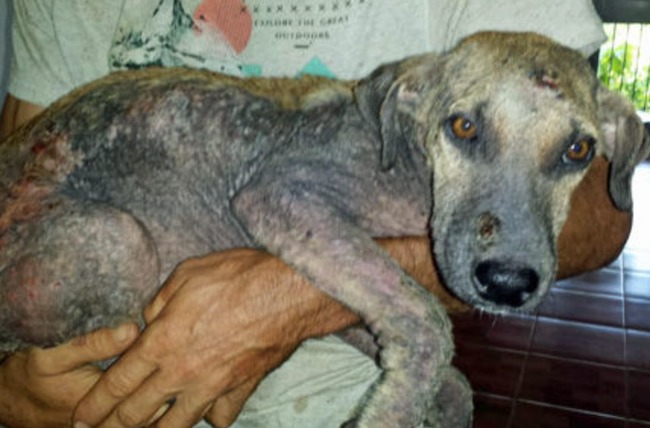 The first photo is of Bugsy with Maia in the background. The second photo is Bugsy in his first days at sanctuary, with the silver spray still on his body.

Your ticket for the: Bugsy’s Story and Animals Learning Proper Boundaries