Bambi – The Earliest Days of Our Journey Together 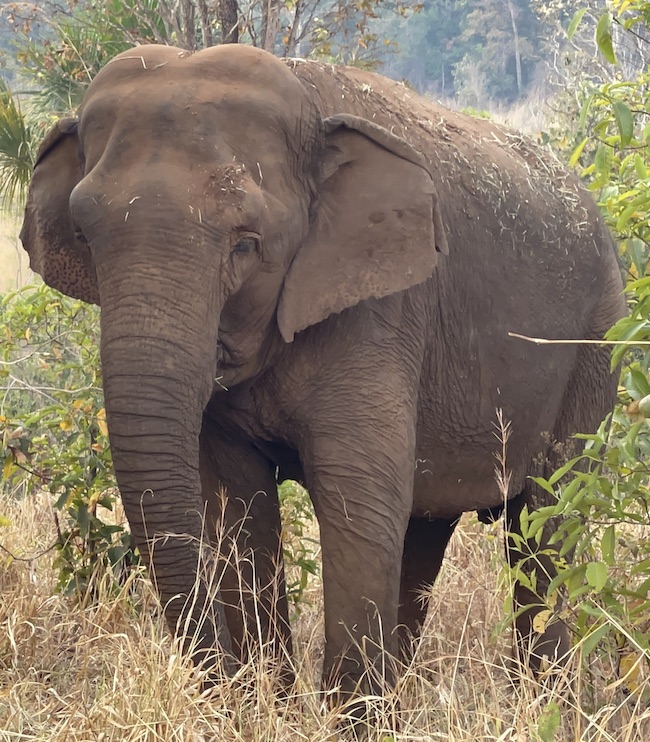 In honor of Bambi’s one-year “re-birthday” here at Elephant Sanctuary Brazil, we wanted to share a bit of her story and celebrate how meaningful her journey has been. From the first moment we saw Bambi, we knew she was special and unique – and she has proven to be all of that and more.

You may not know this, but Scott and Kat met Bambi on their first trip to South America, when they were trying to determine the feasibility of opening a sanctuary here. They were encouraged by Joyce Poole and Petter Granli of ElephantVoices to make a trip to Brazil and study whether there was sufficient need for a sanctuary. Of course, they learned immediately that, not only was it feasible to open a sanctuary here, but there was a great need. While, in the US, there are a number of sanctuaries available to work with elephants in need, here in South America, it was obvious that a sanctuary could have a significant impact on captive elephants, and very quickly.

Bambi lived at the Leme Zoo when Kat and Scott saw her on their visit back in 2013. They did not yet have property to build on, yet alone a functioning sanctuary – but Bambi’s caregivers asked if they could take her right away. The zoo took Bambi in after she was confiscated from a circus and her caregivers wanted the best life for her, but knew the zoo didn’t have the appropriate space and wasn’t capable of providing the care that she needed. Bambi was bright-eyed, charming, and even a little chubby. So, while the wonderful, late Ramba was a big part of the decision making process of founding GSE, Bambi played a role in that, too.

Eventually, Bambi was moved to Ribeirão Preto in São Paulo and, when we visited her there, she was a completely different elephant – underweight, insecure, and fearful of the other elephant she shared space with, Maison. She also had layers of dry skin that needed to be attended to. Because of her declining physical condition, a judge ruled that she should be transported to Elephant Sanctuary Brazil. Some of you may remember that, when Scott arrived in São Paulo, Bambi had some difficulties trusting what was going on around her and became overwhelmed during the process. Our team waited and worked with her for a number of days until she eventually seemed confident enough to go.

Once here, she exited her transport crate more quickly than any elephant in Brazil so far. As we have seen happen time and again, Bambi began to discover her true self once she arrived at the sanctuary. While she had a bit to learn about being an elephant, watching her transform into a healthy girl with strong friendships exemplifies exactly how sanctuary can change and save lives.

This video shows Bambi’s first bath here at Elephant Sanctuary Brazil. The moment was the beginning of a metamorphosis that we’ve been honored to be part of.

Your ticket for the: Bambi – The Earliest Days of Our Journey Together

Bambi – The Earliest Days of Our Journey Together