Ask Us Anything – More Answers From Kat 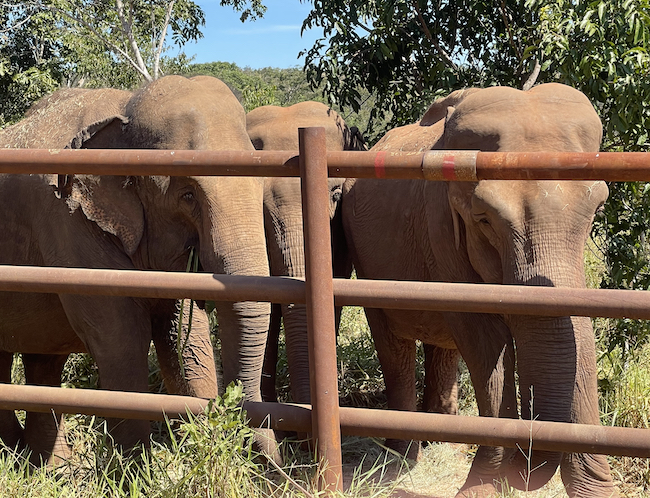 Today we are presenting the third part of our “Ask Us Anything” series, addressing more of your specific questions. Kat sat down and took some time to share her thoughts on a few of your submissions.

When the African elephants arrive, they will not interact with the Asian elephants in any way. While they won’t be able to see each other, they will be able to hear and smell one another. Part of the idea of sanctuary is to keep the environment as natural as possible and, outside of zoos, African and Asian elephants don’t naturally live together, so it wouldn’t make much sense to cross-socialize the species.

As for the interaction between Asian male and female elephants, there will be a corridor joining the two habitats. The female yards were designed with a gate in the spot that will connect both habitats. Whether they interact with one another will depend on each gender’s willingness to socialize. Should they seem interested, we could potentially allow any of the females into the connecting corridor, which would give Tamy an opportunity to walk over and meet the ladies. Time will tell if any of the elephants are interested in sharing a yard. As with anything else, we will monitor everyone and respond accordingly.

The simple answer is that males are bigger and stronger than females. Males (or bulls) are also taller than females, and we know of incidents where male elephants have climbed fences and gotten out of their enclosures. Because bulls are large, it is necessary to protect them from harming caregivers, even unintentionally, with their trunks. We also have to take into consideration that males go into musth and hormones increase exponentially during that time. If that results in aggressive behavior, the elephants could also harm themselves.

It is more costly to build enclosures for males than for females, but if we are going to give elephants the opportunity to free roam in a natural environment, the enclosure has to be bigger and stronger than those for females. 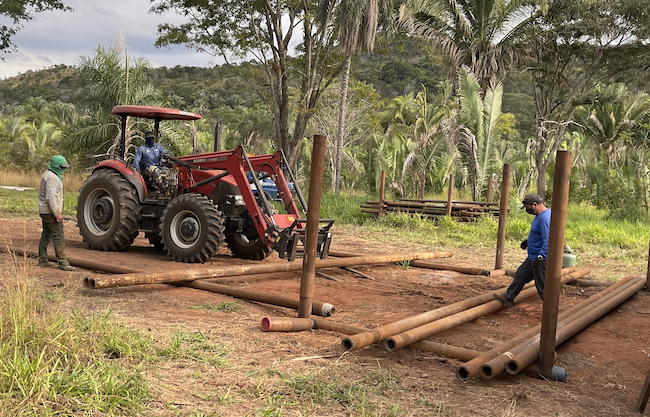 How will you handle expansion with future elephants, particularly Asian females?

We have broken down our plans for growth into phases and we will expand in ways that make sense, based on which elephants will arrive in what order. We have completed the first three yards of the female African habitat, which will be fine to start for  Kenya, Pupy, and Kuky. The next project is the male Asian habitat, which will also start with three yards. Once that section is complete, we will move back to the female African habitat and add two larger yards, to provide the African elephants with more space. The structure for all of the enclosures is based on the same basic footprint used for the female Asian yards. Once Phase II of the female African elephant habitat is complete, we will most likely  expand the female Asian habitat by another couple hundred acres, since we have the most residents of that  species and gender.

How strong are the bars of the fences? Is there a chance of an elephant bending or breaking one?

Nothing is elephant proof, though our setup is the safest approach we know of. We have worked at facilities in the past that have used large cables and, though they were strong, elephants are stronger, and a couple of elephants found ways to break the fencing. This is why we use steel horizontals, to try to ensure the fences can withstand whatever comes their way.

If an elephant gets to a point where they are aggressively trying to break a fence, it’s likely that they are dealing with some form of unchecked emotion that causes them to lash out to such a degree. Part of the reason we are so watchful of the elephants at the sanctuary is that we want to be able to recognize those feelings or behaviors before they reach an extreme point where an individual acts destructively.

However, it’s not unusual for the elephants to check out the strength of the fences because, more than likely, they’ve never seen fences like this before. At the circus, Maia became known as a bit of an escape artist, so one of the first things she did here was push on the fences as a sort of test. But, once elephants are in a new and natural environment like this one, they have other positive ways to expend energy and companions who help them work through their emotions. 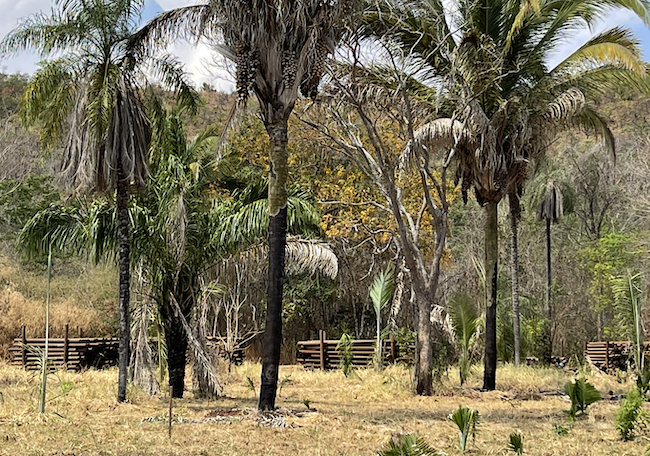 Do you ever wonder about fights breaking out among elephants?

We have to be aware that it could happen, even though the elephants here have good relationships with one another at this point. But, for example, if a person gets in a fight with a sibling, that doesn’t mean they don’t love each other. Asian elephants are generally passive as a species, but fights can still happen. In captivity, they will often fight because they want time and space for themselves and, without that option, frustration can grow.

Every responsible facility has procedures in place in case a fight does break out. Sometimes noise distractions work, other times food is a good diversion, or you can simply open a gate to another yard. Even at sanctuary, elephants must learn to socialize and to work through complicated emotional issues that are confusing. That can cause stress. But because there is plenty of space here, each individual has the opportunity to walk away instead of engaging in negative behaviors with another elephant. And if things do become uncomfortable, they can escape and not be trapped with someone who doesn’t want them in their proximity.

I see other sanctuaries that walk around without barriers between themselves and the elephants, even playing with them. Would you ever do that? And do elephants like being touched?

There are many facilities that practice free contact, but that’s not something we do here. Both Scott and I have worked in those kinds of environments, but feel that humans and elephants both feel safer when using protected contact. Some elephants who have been traumatized actually seem to be relieved that they don’t have to adhere to strict human standards of behavior, and having a barrier reinforces that sense of comfort. When they arrive at the sanctuary, elephants may realize for the first time that their actions have consequences and they need to learn to deal with their emotions in ways other than lashing out. Providing a barrier can give them a chance to relax and exist in the elephant world.

And, yes, elephants do like affection and we offer the elephants affection – but we also give them their space. Some elephants aren’t particularly interested in what humans have to offer them in that way and they prefer to be affectionate with other elephants. Not only is that okay, but that’s what we want for them. We look to them for guidance about if and when they want affection, to make sure that we aren’t imposing our desires for closeness onto them. The important thing to remember is that it’s not about acting on our wants or needs; it’s about what the elephant wants. As for human touch, we have found that in general, elephants do not want to be touched by strangers. But neither do most humans. It’s important to remember that elephants are not stuffed animals to be hugged. They are wild and potentially dangerous animals who deserve the opportunity to make their own choices.

Thanks – and we look forward to sharing answers to more of your questions soon.

Photo at top of Rana, Bambi, and Mara. Other photos showing construction and expansion at the sanctuary.

Your ticket for the: Ask Us Anything – More Answers From Kat

Ask Us Anything – More Answers From Kat