An Excellent Step for Mara 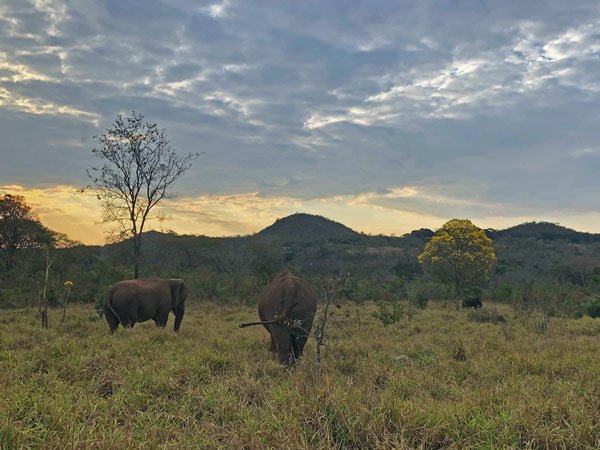 In the mornings, for treatment, we usually do Maia first. The elephants all know that treatment time means treats, so if Mara and Rana have their treatment before Maia, she tends to pop up by them looking for her share. Once we finish with Maia, we generally leave her with a small pile of goodies and some hay. It keeps her busy enough that she doesn’t come by during Rana and Mara’s treatment, or at least she won’t show up until near the end.

One recent morning, when we were about halfway through Maia’s treatment, Rana and Mara appeared. While Maia has shown up during their treatment, this is the first time the other two have appeared during Maia’s treatment. Rana was in the lead, but Mara was close behind her.

Rana stood about twenty feet away from Maia and watched. After a few moments, Rana apparently decided her trunk was too heavy because she walked over to the fence and rested her nose on it. She slowly meandered closer and closer to Maia by taking a few steps, stopping to rest her trunk and then repeating several times. Eventually, Rana ended up almost face to face with Maia.

Some elephants can be a little food possessive, or even a bit possessive of “their” time with the humans. Maia has such an easy nature that she didn’t seem to mind that Rana was in her space. Regardless of Maia’s feelings, it’s safer to work with only one elephant at a time, so we enticed Rana to walk away with some hay. Once Rana was further away, Mara decided that the best place for her to be was directly between Maia and Rana.

While Mara is growing more comfortable with Maia, she still likes to use Rana as a buffer. Standing between the two of them is a little out of character for Mara. Once she was between them, Mara slowly backed up toward Maia, a half step at a time. Ultimately, Mara’s rear was pretty much at Maia’s face. Maia smelled and touched Mara’s backside. At that point, we were just applying (non-toxic) bug spray to Maia, so we let the three of them be for a few minutes before beginning treatment for the other two. It is an excellent step for Mara. Not only did she not have to go between Maia and Rana, but there was nothing in it for her. She didn’t go between them to access food or water; it seemed she went there simply to have a purely social interaction.

Photo of dinner another day (left to right) – Mara, Rana, & Maia in the distance. 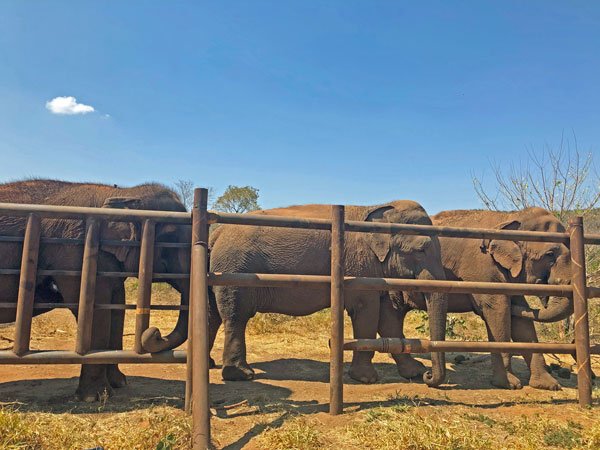 Your ticket for the: An Excellent Step for Mara

An Excellent Step for Mara