Alternating Time With Each Other 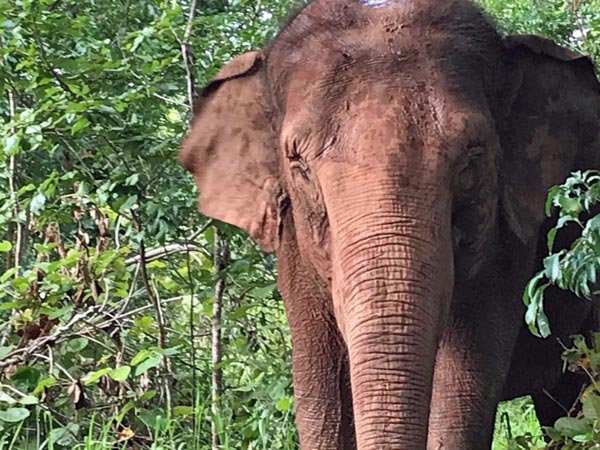 We are a bit overdue for a Maia photo, so here is the lovely lady.

The girls are doing very well and still seem to appreciate alternating time with each other. One day Maia and Rana will spend a lot of time together, and then Maia will find Guida at dinner. Other days it’s Guida and Rana, and sometimes all three. The other morning Guida and Rana showed up at the barn together while Maia stayed across the stream.

When the four-wheeler drove up, Guida and Rana were relaxing side by side. As they saw Scott pulling up, Guida gave Rana a little nudge, Rana made one of her grunting noises and then both girls started to rumble. While Guida rumbles quite often, Rana does not- she makes about every other noise in the book.

Scott opened up the barn so Rana could receive her vulva wash and treatment (it looks healed, but still feels a touch thickened some days) and Guida went in first. Scott closed up behind her and she went to the divider with big rumbles waiting for Rana to come in. We laugh because it seems they may not have the most typical elephant relationship, but there was no denying that they both wanted to be with each other and were enjoying their time together.

When we were in TN, Shirley and Tarra had a big sister/little sister relationship. Tarra would try to steal Shirley’s food and Shirley would somewhat let her, but casually be watching for an opportunity to eat her head, bite her butt or something else along those lines. It was never aggressive, always playful, and Tarra would respond with her happy barks, stick her tail in Shirley’s mouth and they would both be wearing huge smiles on their faces. It was delightful to watch.

They were the only two that had that kind of relationship. Clearly, they adored each other, but there was a playful roughhousing that would take place- Tarra never pushed back. It may be how Rana and Guida end up. Although Rana is the older elephant, it seems the ‘big sister’ in this twosome may be Guida. Or at least she would like to feel like the big sister, and Rana seems content to allow her to be.

Your ticket for the: Alternating Time With Each Other

Alternating Time With Each Other