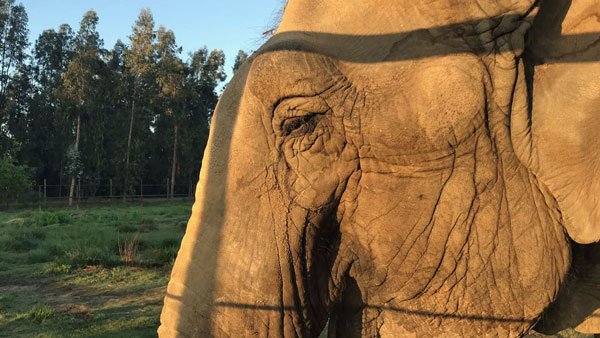 For those who received a text update, Scott was going to go live, but it seems the internet there has decided otherwise. He may still pop up on here, he said he would try again later, but in case he doesn’t, we don’t want people to worry.

It’s actually a lovely sunny day, which has everyone in high spirits. Ramba had another night of being in and out of her crate, eating all of the goodies left inside. This morning she followed Diego over to her container and spent some more time mostly in.

We are allowing her to relax a bit, soak up the sun, and graze between having her spend time in the crate. But all is well, and maybe you will get a live update later on.

Your ticket for the: A Lovely Sunny Day in Chile