A Little Extra TLC For Ramba 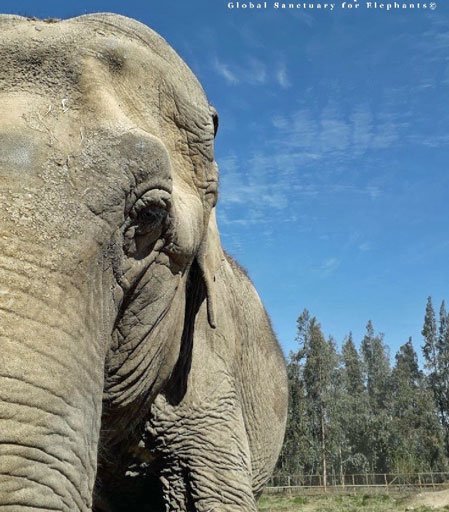 Ramba is well, but had a little flareup with her temporal gland this week. When she left the circus she had an abscess in that area along with a pressure sore. About twice a year it acts up and needs a little extra medical attention.

This week, instead of its normal thin, clear discharge, it had a much thicker and somewhat stinky discharge. Caro and Consu noticed right away and began to carefully treat the area. Within days it began to return to normal.

A lot of care has to be taken with elephants’ temporal glands. In the past it was acceptable to insert catheter tips and other flushing devices directly into the opening. Unfortunately, in almost all of those instances, it simply made things worse. So while it does need to be cleaned and medicated, great care must be taken to do so in a gentle and noninvasive manner.

Throughout the ordeal, aside from being tender to the touch, Ramba’s disposition remained unchanged, along with her healthy appetite. And of course, she is as beautiful as ever.

Your ticket for the: A Little Extra TLC For Ramba

A Little Extra TLC For Ramba