Maia: Her Ear Tells A Story 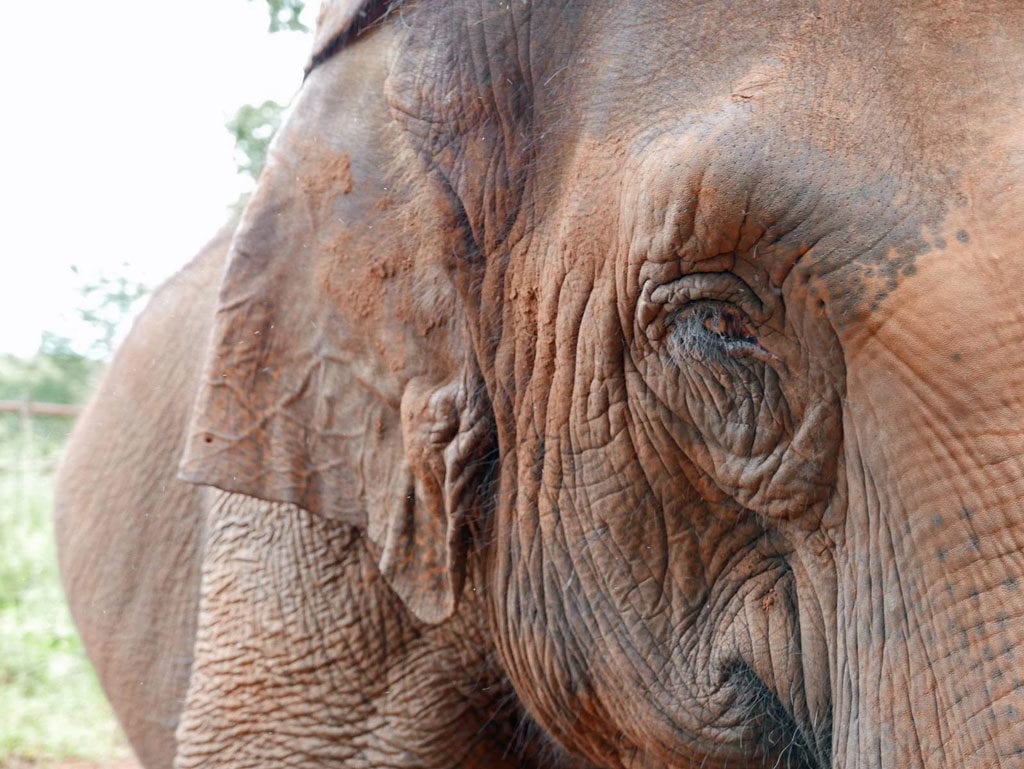 This is Maia shortly after getting out of the pond, so you can still see all of her fantastic polka dots. Once she coats herself in dirt and mud, they disappear for a bit.  If you enlarge the photo, her ear tells a story if you look closely at it you will notice two other things, aside from being able to see her veins.

Towards the outer edge there is a perfectly round hole in her ear. This is most likely the remnants of a bull hook wound, one that went through and through. Towards the front of her ear (closest to where it attaches to her head) you will see an area that looks almost a little puffy. This is a very thickened area that is also from scarring. Unfortunately, because elephants’ ears are very sensitive, they are often used to control them, leaving scars in their wake.

Luckily for our ladies that reality is far behind them and the pond is where Maia and Guida spend a fair bit of their day lounging. Wall-E (the drone) went to check in on them the other afternoon and both ladies were actively splashing. About an hour later they came out and were grazing along the edges. Typically, if they plan on going back in, they stay pretty close grazing and napping in the trees. When they’re done swimming for the day, they wander away to some of their other favorite spots.

Your ticket for the: Maia: Her Ear Tells A Story

Maia: Her Ear Tells A Story